Before the new Public Procurement Law is approved by the Parliament The new version of the Public Procurement Law (PPL) has been much talked about as the new law will ensure greater transparency in public procurement. Has this really happened? According to Article 44(11) of the new PPL, suppliers are no longer involved when accessing electronic means (CVP IS) the examination, evaluation and comparison of tenders submitted via the CVM, and consequently no longer have the right to receive the related information, except to the extent provided for by the law itself. The vast majority of purchases are now carried out by electronic means (CV IS). The law provides for two possibilities of access to certain information

2)Article 20 part 4 of the Public Procurement Law – the supplier may request the Contracting Authority to have access to the successful supplier’s tender or application – at the latest within 6 months after the date of award of the contract.

There is one BUT – only information that is not confidential will be disclosed, so it’s the same story again – if the supplier has not indicated that some part is confidential – we will be able to see and receive the information, if he has – we will not see it.

There were high hopes that the new PDO would finally resolve the eternal dispute of whether the name of the manufacturer and model of a product is confidential information or not? Unfortunately, this has not happened.

Article 20 part 2 of the Public Procurement Law sets out what cannot be considered confidential information:

2) if it would violate Articles 33 and 58 of this Law requirements for the publication of a contract, information for candidates and tenderers, including information about the goods, services or services specified in the tender the cost of the works, excluding its components;

3) information on the absence of grounds for the exclusion of suppliers, compliance with qualification requirements, quality management system and environmental management system standards in the documents certifying the absence of grounds for exclusion of suppliers, with the exception of information the disclosure of which would infringe the Law on Legal Protection of personal Data of the Republic of Lithuania the requirements of the data protection legislation or the supplier’s obligations under contracts concluded with third parties;

4) information on the economic operators whose capacities are relied on by the supplier and the subcontractor, except where disclosure would be contrary to the requirements of the Law on Legal Protection of personal Data.

So, as before, there is still a lot of uncertainty as to who can and what cannot be considered as confidential information in public procurement. The PSC has taken the initiative and issued a consultation on, however it should be noted that neither the PPL nor any other legal act

does not give the OPC the right to interpret the provisions of the PPL and to create new rules that are not provided for in the PIA. And in its consultation the OPC does exactly that. It should be noted that such advice does not have legal force, nor is it binding on neither for contracting authorities nor for suppliers, and therefore suppliers and remain free to use creative legal counsel to justify their the confidentiality of the information provided in their proposal. Together we await the latest case law, which will either will confirm or refute the conclusions set out by the PPO the conclusions of the OPC.

Article 33 part 2 of the Law on Public Procurement stipulates that the contract award notice shall be published no later than 30 days after the award of the contract. Here again, the principle of confidentiality applies – no confidential information of the supplier may be published.

So there has been no increase in transparency, and probably not even It is no longer available to suppliers, as they will no longer receive information on the other bidders involved in the procurement (the ranking of bids is no longer carried out or published) and on the prices they have offered, thus significantly reducing the scope for competitive market analysis.

Recent practice in responding to such requests shows that suppliers have successfully used the institution of protection of confidential information, and contracting authorities are reluctant to disclose even information which should not be considered confidential according to the advice of the PSC. 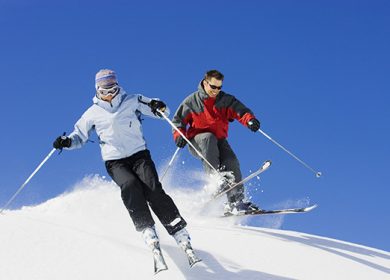